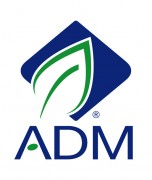 Archer Daniels Midland, or ADM, is reportedly considering a sale of the company’s ethanol facilities. Reuter’s reports the plants are now seen as more of a headache for the Chicago-based company, which opened two large ethanol plants six years ago in Nebraska and Iowa. ADM’s chief executive said this week he would consider a sale of the two facilities along with another ADM plant in Peoria, Illinois. The three dry-mill ethanol plants, some of the largest in the country, represent just under half of ADM’s 1.8-billion-gallon-per-year U.S. ethanol capacity. Ethanol margins remain under pressure on lower gasoline and overall energy prices.

The company is not alone as Abengoa seeks a buyer for some of its biofuels assets as well. Smaller rivals CHS Inc. and Green Plains Inc. have scooped up smaller, struggling plants in Illinois, Texas and Virginia in the past eight months. However, one industry executive estimated the Iowa and Nebraska ADM plants together could be worth as much as half a billion dollars.