Reaction to SAFE defeat
This week the Safe, Flexible and Efficient (SAFE) Trucking Act amendment was defeated in the U.S. House, although the Highway Bill to which it was attached did pass. Many in agriculture supported the amendment which would have permitted states to increase a truck’s maximum weight to 91,000 pounds on interstate highways from the current 80,000-pound limit with the addition of a 6th axle.

Mike Steenhoek of the Soy Transportation Coalition explains who in ag would have benefited from passage. 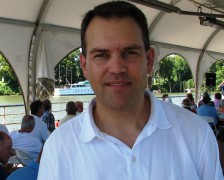 “Grain handlers, those movements from say a local cooperative and it needs to transport grain or soybeans to say a rail shuttle loading facility or to a barge loading facility or an ethanol plant or a soybean processor. A lot of those intermediate regional kinds of movements that rail is not an option for them. There would be a gradual adoption by farmers. Farmers wouldn’t be the ones to just immediately change their fleet or change their truck. It would be some of these companies that would more immediately do that, but you would see more and more farmers adopt it as well.”

Colin Woodall at the national Cattlemen’s Beef Association was disappointed by the defeat. Their simple goal is to be more efficient at moving cattle around the country. 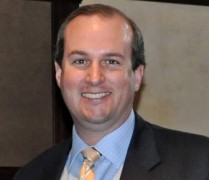 “We know that we could add additional weight in conjunction with an additional axle and have trucks that were actually safer than what we have on the roads right now. But unfortunately we had groups like America’s railroads who came out against us because they felt that this was going to cut into their ability to stay competitive. Unfortunately they forget that we don’t move cattle, nor do we move beef on the railroads anymore, so this was definitely a slap in the face to us.”

Woodall, NCBA Vice President of Government Relations, said they’ll continue to push for higher weight limits after missing out on the prime opportunity that comes with highway reauthorization.

“The SAFE Trucking Act would have helped farmers get their product to market more efficiently” said Chip Bowling, president of the National Corn Growers Association. “While we are disappointed that this amendment was defeated, we are happy to see Congress moving forward on long-term highway funding.”

The final vote was 187 ayes, 236 nays. Ten representatives did not vote.