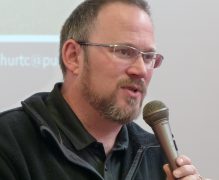 The planting update for Indiana this week is progress, lots of it. But the new planting forecast includes rain and cold conditions. HAT chief meteorologist Ryan Martin is based in Indiana and provides an updated planting forecast every weekend.

“We have a big, strong frontal boundary that’s going to be moving out of the nation’s midsection across the Corn Belt as we go through the weekend and early part of next week,” he said. “Then things get real tricky as we see our next wave of moisture at mid-week, Wednesday-Thursday, maybe wanting to stay just over the southern part of the state, giving a chance for some planting progress in Indiana and across the Corn Belt maybe over the north, but then we’ve got another strong system in the extended forecast window. So, multiple chances of moisture here, and we’re probably not going to be able to talk about back to back to back dry, warm days.”

So, what will rain totals amount to?

“At this point I’m looking for at least 1-3 inches of rain across the Hoosier state for the weekend into early next week,” Ryan says, “followed by a quarter to ¾ of an inch from I70 southward next Wednesday into Thursday. Then we can see more moisture develop as we get closer to the 9th, 10th, and 11th of May.”

“One system caused temperatures to drop quite dramatically Thursday into the end of the week. We’re going to be seeing the strong system for the weekend draw down another batch of cold air and as a matter of fact there will be heavy snows and sub-freezing temperatures over part of the hard-red winter wheat belt out west. We’re not looking at that nearly as much around here of course.”

The air is cold enough that fields won’t dry out as quickly, and soil temperatures should be dropping a bit as well. So, Martin says the next week to ten days is not an ideal weather period, but beyond that point it now looks like slightly better planting windows should open.

The planting forecast is online Saturday, and it can be delivered to your email inbox by signing up at www.hoosieragtoday.com, brought to you by Seed Consultants and Kokomo Grain.