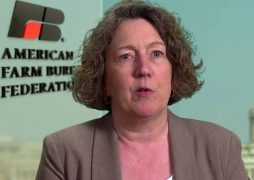 As Congress sets its sights on tax reform this month, farmers and ranchers are urging them to provide tax relief. Congress is back in session with a promise to work on tax reform, and American Farm Bureau Federation tax specialist Pat Wolff says farmers need overall tax relief from Congress in any tax reform package.

“Farmers and ranchers need lower taxes overall, and in order for them to pay less taxes they need special tools that help them deal with the ups and downs of the farm economy,” Wolff explained. “There’s a lot of talk about lowering business tax rates, but if rates are lowered and farmers lose things like cash accounting, like-kind exchanges, it could end up being a tax increase.”

Wolff says there is a lot of talk about lowering corporate tax rates, but says business structures vary for farms, most of which are not incorporated. Other possible changes include priority items for agriculture.

“On the table are income tax rates, lower capital gains tax rates and possible elimination of the estate tax. All of those things are goals of Farm Bureau and would help farmers and ranchers.”

Yet to be decided is whether or not the tax reform bill will be revenue neutral, meaning for every dollar cut, another tax will take its place. One consideration to raise money is to eliminate the deduction for business interest.

“That would be very harmful to farmers,” Wolff says. “Farmers everywhere need to call their members and tell them that they want lower tax rates, but not at the expense of losing the interest deduction, losing cash accounting or losing like-kind exchanges.”

“Farming is a complicated operation, so to place more burdens on the people of agriculture through the tax code has never made any sense.  Most agricultural enterprises are small businesses, and the costs and time required simply to comply with the tax code are impediments to what these folks really ought to be doing, and that’s growing and producing food to feed the United States and the world.

“It’s an old, not-so-funny joke that farmers live poor and die rich, because of the value of the land they own.  It isn’t right that a family’s hard work will be punished by the Death Tax, through which many farms have to be broken up or sold off just to pay the tax bill.  I urge Congress to take up the tax reform agenda to give American agriculture the best chance to succeed.  That would be in line with our new motto here at USDA – ‘Do right and feed everyone.’” 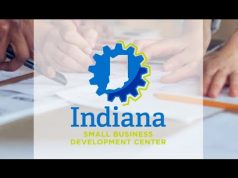