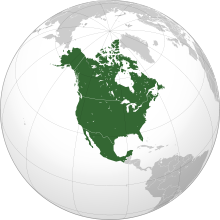 In advance of the seventh round of NAFTA talks scheduled to start yet this month in Mexico City, Indiana farm group leaders are joining the chorus from agriculture asking that the U.S. not withdraw from the agreement, at least not the ag portion of NAFTA.

“We’ve asked that if it requires renegotiation just leave us out of it. We’re pretty happy with the way it is,” says Joe Moore, Executive Vice President of the Indiana Beef Cattle Association. He says they would like to keep the ag elements of NAFTA intact, and they’ve lobbied for that result.

“We have definitely sent that message from our advocates in DC that we would appreciate during NAFTA renegotiations that the agriculture piece be left alone. It works well and has been very successful and the secretary agrees. He knows how important NAFTA is to U.S. agriculture. So, we’ve just got to keep beating the drum and make sure that our voices are being heard and hopefully common sense will prevail.”

Joe Steinkamp, a past president of the Indiana Soybean Alliance and current executive board member of the American Soybean Association has been to Washington DC talking about this very approach with USDA Secretary Sonny Perdue and US Trade Representative Robert Lighthizer. He was joined by others representing agriculture commodities across the country.

“We’ve shared that message over and over out loud in person with them about to not screw up what we’ve got going on now,” Steinkamp said. “We all know it may not be perfect, but it seems to be working to the benefit of farmers in Indiana and farmers across the United States.”

Moore gave details backing up the claim that NAFTA withdrawal would be devastating for U.S. agriculture. Sixteen percent of all meat produced here is being exported.

“Exports for our Indiana farmers add about $340 per head to the value of that animal. Without exports that price goes down because the supply goes up. So it is critical going forward that we continue to maintain our trade relationships. Right now with NAFTA, U.S. beef is being exported across the borders at zero percent tariff. If NAFTA is withdrawn, we know immediately that tariff would go above 20%.”

He added economies like Mexico’s would not allow U.S. beef to be purchased with a twenty percent tax.

Officials have reportedly said the early March deadline for wrapping up the talks has been extended to at least early April, but some suggest talks could go on for many more months.

“There are a lot of positives of NAFTA as it relates to agriculture in Indiana; and all throughout the value chain and economy we would feel the impact should the U.S. withdraw from NAFTA,” said Delbecq. “NAFTA is critical to Hoosier corn farmers. Last year, we exported over 14% of the US corn crop, and Mexico was the number one buyer of U.S. corn; Canada was the 5th largest purchaser. Additionally, Canada was the largest importer of the over 1.3 billion gallons of ethanol exported last year, and Mexico the number one importer of DDGS – a livestock feed made as a co-product of ethanol production.” 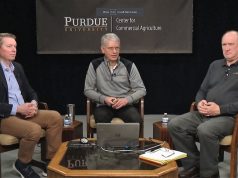