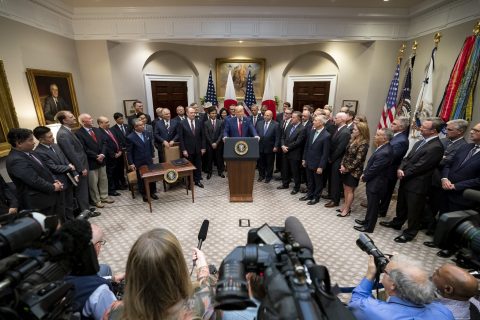 After President Trump and Japanese Prime Minister Shinzo Abe announced a partial trade agreement two weeks ago at the United Nations General Assembly, that deal was officially signed in Washington on Monday. Indiana State Dept. of Agriculture Director Bruce Kettler was at the White House for the signing.

“The White House had reached out and wanted several folks to be on hand, as they do, to witness these kinds of things. I was asked by the Lieutenant Governor’s office to be able to attend and represent the state of Indiana. It certainly was an honor.”

Though the headlines have been clogged by the United States-Mexico-Canada Agreement and trade talks with China (that are set to resume on Thursday in DC), Kettler says this deal with Japan is an important one.

“It helps us from the pork side… fresh and frozen pork. Certainly, the more pork, and beef, and poultry that we can feed in Indiana, we’re going to need to be able to feed those animals soybeans and corn. It’s a good agreement. The other thing that I like about this is it helps to hopefully start to provide some stability.”

Speaking of stability, the topic of USMCA getting through Congress soon was a hot one. Kettler said he had many conversations with his counterparts from other states, several farm group leaders, and USDA Deputy Secretary Steve Censky.

“I think we all agree, we’ve just got to keep the pressure up. I think it’s important that we continue to let our members of Congress know that we need to get USMCA passed and make that happen… it’s so important to be able to provide some more stability. It’s our neighbors. It’s our next-door neighbors to the United States and it’s really critical that we get that agreement done.”

House Democrats wrapped up a two-day trip to Mexico earlier this week to discuss enforcement of the agreement regarding labor standards with Mexican government officials. House Speaker Nancy Pelosi last week maintained “we are making progress” on reaching an agreement to pass the trade deal. 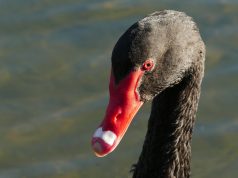 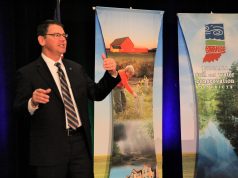