Legendary music icon Neil Young will be taking a stand against Monsanto in his latest album release, The Monsanto Years. Some of the track titles include “Seeds,” “Too Big to Fail,” “Monsanto Years,” and “Rock Starbucks.” The Monsanto Years will be released June 16, and a concert tour will start July 5.  While this is getting lots of media attention, it is not likely to have much actual impact on public opinion, and another set of protest songs from an ageing hippie is not likely to top the Billboard charts this summer.

Neil Young, a Canadian by birth and still a Canadian citizen, burst onto the music scene in the 1960s with Buffalo Springfield and later with Crosby, Stills, Nash, and Young. Their songs were antiestablishment, anti-war, and anti-just-about-everything, which is what a lot of rock and roll was about during that decade. In his solo career, Young has continued to record songs that targeted a variety of social and political issues. In 1985, Young, along with Willie Nelson and John Mellencamp, founded the Farm Aid concerts to raise money to “help farmers.” A radical environmentalist, Young has been a longtime critic of modern agriculture and biotechnology. In recent years, he has taken on the GMO cause, so his new album is not really much of a surprise.

This is not the first time Young has produced a protest album. In 2006, he released an album titled Living with War, a series of songs that were sharply critical of President Bush. He took on Starbucks last year for its opposition to the GMO labeling law being enacted by Vermont. So this new venture is just one more set of tired old protest songs sung by an aging countercultural malcontent whose voice resembles a cat whose tail is getting run over by a pickup.

The new songs will likely describe Monsanto as an evil corporation that has knowingly produced toxic poisons that are polluting the earth and giving us all cancer. What Mr. Young’s lyrics are not likely to convey is that the technology developed by Monsanto has saved millions of lives and has resulted in less environmental damage being done.

Prior to the invention of Roundup (glyphosate), farmers used a variety of chemical products to control weeds. The Roundup system resulted in far less chemicals being used on crops. In addition, the biotech seeds developed by Monsanto resulted in far less insecticides being sprayed on crops. While overuse of glyphosate has caused some weed resistance problems, the environmental impact has been much less than would have otherwise been the case, and there are NO documented health effects after more than 30 years of use.

It is unlikely that old Neil will be singing this summer about how Monsanto has improved food production, has developed crops that can grow in adverse climates, and, thus, has provided a much needed local food source for many developing nations. This technology has also helped US farmers maintain high yields even in drought years, which insures a global food supply and stable food prices here at home.

While I never personally interviewed Mr. Young, I did attend a press conference in which he participated during a Farm Aid Concert. My impression is that he was good at reiterating the talking points he had been given by the event organizers, but not so good at answering questions about the subject at hand. While I don’t doubt his passion, I do wonder if he really knows what he is talking (or singing) about. In the song “Sweet Home Alabama,” Lynyrd Skynyrd sings,

“Well, I heard Mister Young sing about her Well, I heard ol’ Neil put her down Well, I hope Neil Young will remember A Southern man don’t need him around anyhow”

With all the misinformation out there about biotechnology and glyphosate, we don’t need this aging hippie croaking out more. 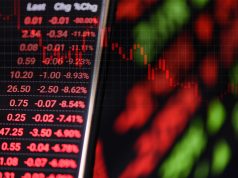 Commentary: What’s Ahead for the Rest of 2020

Commentary: When to Rely on Science and When to Ignore It 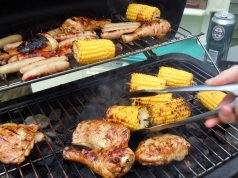