Change in inevitable, but change is not always easy. Yet it is surprising how quickly and easily we can change when a truly better way of doing something comes along. Take, for example, the privy. Our Hoosier ancestors started building outhouses because it was safer and slightly more private than squatting in the woods. The first patent for the flushing toilet was issued to Alexander Cummings in 1775, but it took another 150 years before the flush toilet and indoor plumbing became common. In some rural areas, it took even longer for the privy to come a relic of a bygone era. Other changes have not come so easily. Take, for example, time and class basketball. In Indiana, we are still arguing about what time it should be; and just mention class basketball to a Hoosier and you will instantly start an argument.  There is change coming to the Indiana soil and water conservation community, and it remains to be seen if the change will go the way of the privy or daylight savings time.

A special task force recently released a report on the future of conservation in Indiana. The picture it painted is a sobering one and clearly lays out some of the challenges that efforts to protect our soil, water, and environment face.  At the heart of the matter is money. Despite all the attention environmental issues get, funds to really put conservation on the land are declining at the local, state, and federal levels.  Faced with tighter budgets, local governments are finding it hard to continue to fund county SWCDs.  In Indiana, state funding for conservation comes from the cigarette tax; and, with fewer people smoking, tax revenues have been declining. In Washington, funding for conservation is being plundered by a variety of other programs. The current emergency drought aid legislation gets its funding by gutting several conservation programs.

The task force report recommends some serious changes to the system of providing conservation services. In short, it says the current system of county soil and water districts is obsolete and inefficient. The report suggests districts be combined into regional organizations organized around individual watersheds. These multi-county districts would pool resources, staff, and funding to address conservation for an entire watershed system. Conservationists say this approach would be more effective and allow for a greater degree of actual conservation to be put on the land.

Yet, this type of change will not be easy. The county level SWCD system has been in place for more than 70 years.  County committees are well-established; politically powerful; and, in some areas, enjoy a good deal of public support. SWCD employees are naturally skeptical, fearing that this level of reorganization would threaten their jobs. These are all legitimate concerns of which state leaders are aware.  The fact remains, however, that change must occur. Similar changes are being made in other states including Nebraska, Oklahoma, and Washington.

Almost all the people involved in conservation that I have had the pleasure to know have had one thing in common: a passion for the land and for protecting and preserving it. While the changes that will need to be made will not be easy, in the end, I suspect most people who are truly committed to preserving the land will adapt and adopt a new system that meets the new realities.  Just as no one wants to go back to the days of the privy, no one wants to go back to the days of no funding or technical assistance for preserving our oil and keeping our water supply clean and safe.  The accomplishments of the conservation movement in this nation are truly outstanding, but without change this progress may be lost.  Conservation work has been accomplished by those on the local level, and it is here that a dialogue about the future must begin.

The transition from privy to indoor plumbing took decades, but was accomplished with very little social upheaval.  There is little evidence that people organized to resist the new technology.  There was not a HPO formed, (Hoosiers for the Preservation of Outhouses). I hope the transition of the system that delivers conservation will go as smoothly and not take decades to accomplish. 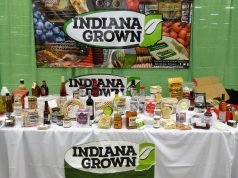 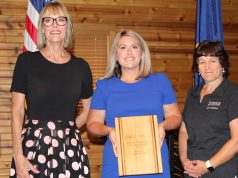