The last thing the Subway chain wants right now is more negative publicity. Following the rather spectacular demise of their long time spokesman Jared, I am sure the top brass at one of the world’s largest fast food chains have other things to worry about than dealing with the likes of the Natural Resources Defense Council (NRDC), an alarmist group with no scientific credibility and a reputation for fear mongering. NRDS has launched a campaign to try to get Subway to “publicly commit to phasing out the purchase of meats raised with the routine use of antibiotics.”  To date, the chain of sandwich shops has ignored this pathetic attempt at public blackmail which is driving these wackos crazy.   “Subway has been suspiciously silent on its antibiotic policies at a time when a flood of other industry leaders are stepping up to address the health threat of antibiotic abuse in meat production,” said Lena Brook, food policy advocate with the NRDC. “If Subway wants to be seen as serving a healthier alternative to fast food, it should assure its customers that it’s serving meat from farms where antibiotics are not over-used.” But before Subway caves to this public intimidation, it should look at who is really is overusing antibiotics.

According to NRDC, “Many large industrial farms routinely give antibiotics to animals that are not sick to speed up growth and help animals survive stressful, crowded and often unsanitary confinement conditions.” This kind of statement gets tossed around a lot by consumer groups, but without any facts to back it up. According to the Animal Health Institute, many media reports use the figure that 80% of livestock animals are given antibiotics to promote growth and production. “This statistic has no foundation in fact, according to the Food and Drug Administration,” says AHI. “The 80 percent figure was deduced from comparing two sets of data that are not comparable. The number for animal use collectively used a wholly different methodology than the estimate presented for human use. The first rule learned in Statistics 101 is, if the data sets measure different universes in different ways, the data cannot be compared.”  AHI also points out that 35 percent of the antibiotic use attributed to animals are compounds not used in human medicine, thus having no potential for reducing the effectiveness of antibiotics used to treat human disease.

If you are looking for a source of abuse of antibiotics, look no further than your family doctor. The Centers for Disease Control and Prevention estimates that as much as 50 percent of the prescriptions for antibiotics written by physicians are not needed.  According to David N. Gilbert, chief of infectious diseases at Providence Portland Medical Center in Oregon, “I believe that fear is a major factor. Physicians fear missing a potentially treatable bacterial infection which could result in serious harm to a patient. Physicians fear patient anger if the patient fails to receive an antibiotic for a cough and runny nose.”

Livestock producers work with veterinarians, are regulated by the FDA and USDA, and participate in continuing education programs operated by their trade organizations that covers the area of antibiotic use.  As AHI points out, the use of antibiotics in livestock production keeps both animals and people safe and insures a safe food supply, “The animal health community has gone beyond the legal requirements of safe antibiotic use and created guidelines to give producers an additional tool to use to make proper decisions about the use of antibiotics.”

You, of course, won’t hear any of this from NRDC and their kind.  I commend Subway for not giving in to activist group intimidation, but rather taking its time and studying the facts. The facts are that the US meat supply is safe and healthy. It is not laced with antibiotic residue that will lead to the development of superbugs capable of wiping out mankind. Antibiotic resistance is a serious issue and deserves serious attention.  But simply banning drug use in livestock production is not the answer. More than ever, this is an issue where sound science — not fear and emotion — must rule the day. 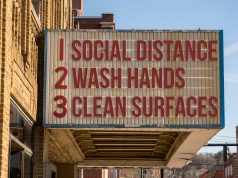 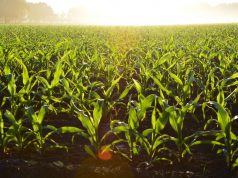 HAT Commentary: Farmers are Givers and not Takers 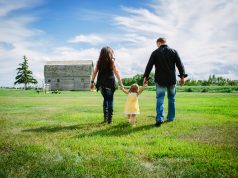 HAT Commentary: The Untold Story: How Agriculture is Saving the Planet