With profit margins continuing to shrink, many growers are asking if stacked trait packages in seeds are worth the investment. New findings from Farmers Business Network suggest they may not always be a good choice. FBN has released the results of a study analyzing  the return on investment of stacked traits which covered yield data on over 50 million acres over the past 5 years as well as 50,000 seed invoices to analyze pricing differences between trait packages.

Matthew Meisner, head of data science with FBN, says, according to their data, the investment in stacked traits does not pay in many situations. 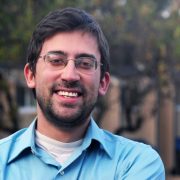 “Often times, the yield increase from the trait package was sucked up by the higher seed cost.” One area where stacked traits do make both agronomic and economic sense is when growing continuous corn or soybeans. “In a corn/soybean rotation, the yield increase from traits averaged around 5 bpa. While with continuous corn, the increase was significant, up to 10 bpa or more,” said Meisner. 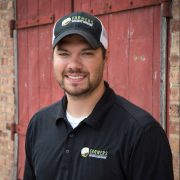 Nick Lund, regional manager with FBN in Allen County, says, for many growers in Indiana who are not feeling insect pressure, not using traits is a better option, “If you have insect pressure, then the trait is going to pay; but if you do not have corn borer or root worm pressure, you can  get a better ROI by just applying the insecticide yourself.” He urges growers to examine their own operations and decide which makes the best option for 2019. Lund told HAT there is a growing interest in non-GMO seed by Indiana farmers because of consumer concerns as well as the economics of their own operations. 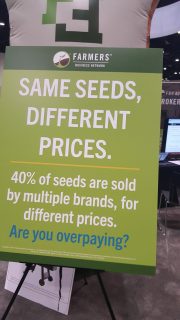