Progress surpassed the five-year average in Texas by six percentage points, three points fewer than it did last week. Kansas saw the greatest lags in progress with acres planted totaling nine percentage points lower than the five-year average for the state.  The slower pace, in large part, resulted from wet conditions across many of the 18 states that account for 92 percent of the corn acres planted. 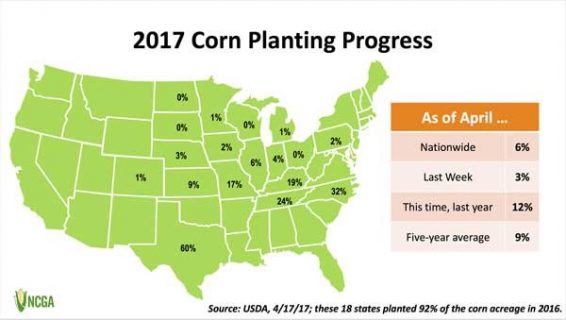